FOMC minutes produce some relief that there have been no balance sheet discussions as yet — Yesterday’s minutes from the Jan 31/Feb 1 FOMC meeting produced little change in market expectations for Fed rate hikes.  The market is still discounting a 38% chance of a rate hike at the next FOMC meeting on March 13-14, little changed from yesterday.  The minutes contained a hawkish-sounding statement that a rate hike could come “fairly soon” depending on how events evolve.  However, the other information in the minutes suggested that FOMC members were in no big hurry for a rate hike since they did not see any imminent risk for the labor market overheating or for upside inflation risks.

The minutes said participants “again emphasized their considerable uncertainty about the prospects for changes in fiscal and other government policies as well as the timing and magnitude of the net effects of such changes on economic activity.  Several participants expressed concern about downside economic risks with the possibility of additional appreciation of the dollar.

The minutes said that FOMC members did not discuss balance sheet policy at their most recent meeting, which was a relief to the Treasury and mortgage securities markets.  However, the minutes said that the participants generally agreed that the FOMC should begin discussions about its balance sheet in “upcoming meetings” regarding the economic conditions that could warrant a change in policy and how those changes “would be implemented and communicated.”  That wording sounds to us as though the Fed plans to take the rest of this year to discuss any changes to its balance sheet reinvestment policy and that no policy changes are likely until 2018-19.

The Fed is tiptoeing around the balance sheet issue since the markets have already shown they can react sharply to Fed balance sheet shifts.  The 10-year T-note yield in 2013 soared by nearly 1 percentage point over four months during the “taper tantrum” when then-Fed Chair Bernanke suggested that the Fed might taper its QE program.  In order to keep its $4.5 trillion balance sheet stable and to offset the effect of maturing securities, the Fed needs to buy $177 of Treasury securities this year, $425 billion in 2018, and $349 billion in 2019.  If the Fed ends or slows it reinvestment policy, then it won’t be buying all those securities. 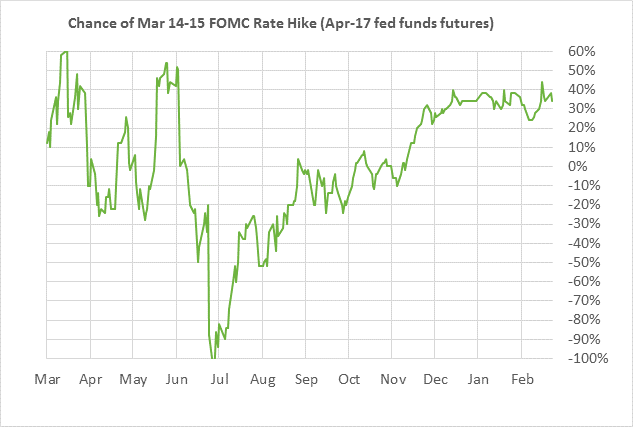 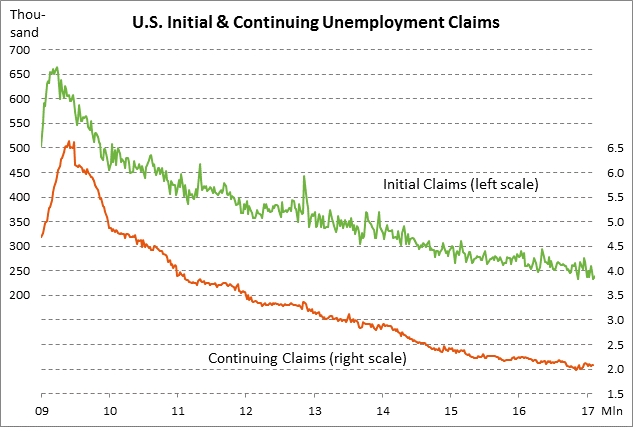 FHFA U.S. home prices expected to continue their steady advance — The market is expecting today’s Dec FHFA U.S. house price index to show an increase of +0.5% m/m, thus matching November’s increase of +0.5%.  The FHFA index has risen sharply over the past year by +6.1% y/y and has risen by a total of +34% from the housing-bust low posted in March 2011.

U.S. home prices will undoubtedly see continued gains in 2017 due to continued strong demand for homes combined with tight supplies.  On the demand side, home sales in January were very strong with a +3.3% rise to a new 10-year high of 5.69 million units.  On the supply side, there are very few existing homes available for sale.  In January, the supply of existing homes available for sale was at only 3.5 months, a record low for the series that has history back to 1982.  The supply of homes is far below the 7-8 month supply that is consistent with steady home prices, meaning there is currently an upward squeeze on home prices. 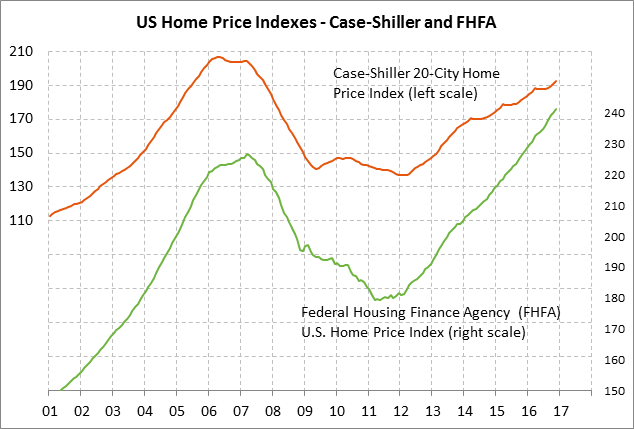 7-year T-note auction to yield near 2.22% — The Treasury today will sell $28 billion of 7-year T-notes, concluding this week’s $101 billion T-note package.  The benchmark 7-year T-note late yesterday closed at 2.22%, which translates to an inflation-adjusted yield of 0.21% against the current 7-year breakeven inflation expectations rate of 2.01%.

The 12-auction averages for the 7-year T-note are:  2.51 bid cover ratio, $16 mln in non-competitive bids, 4.6 bp tail to the median yield, 16.1 bp tail to the low yield, and 41% taken at the high yield.  The 7-year is moderately popular among foreign investors and central banks.  Indirect bidders, a proxy for foreign buying, have taken an average of 63.4% of the last twelve 7-year auctions, moderately above the average of 59.1% for all recent coupon auctions. 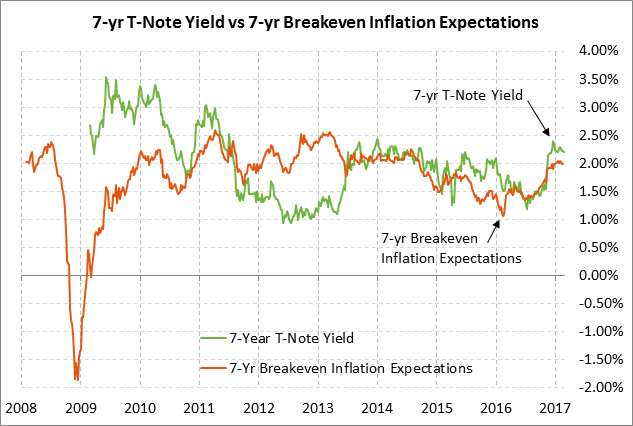