US/EU trade talks can now begin but threat of U.S. tariffs on European autos will continue — EU ministers on Monday finally approved the mandate that EU Trade Commissioner Malmstrom needs to begin trade talks with the U.S.  Ms. Malmstrom says she hopes the talks will move quickly and wrap up before her term expires in October.

The EU trade-talk mandate is limited to the industrial sector, including autos.  It remains to be seen whether the U.S. will back down on its demand that the EU also discuss the agriculture sector, which the EU has flatly refused to do.  The U.S. Trade Representative’s chief agriculture negotiator Gregg Doud recently said that, “We can no longer let the EU get away with circulating a false narrative that EU agriculture is superior to the rest of the world.”

The EU said that it will immediately suspend the new US/EU trade talks if President Trump proceeds with any new tariffs.  The EU also said that there will be no final deal in the industrial sector talks unless the U.S. removes the tariffs on European steel and aluminum that the Trump administration imposed last year.

Any US/EU trade agreement reached on the industrial sector will have to be approved by Congress.  Any US/Chinese trade deal, by contrast, will simply be an executive agreement that is not subject to Congressional approval.

Meanwhile, two days of US/Japan trade talks in Washington are expected to wrap up today.  Japanese Trade Minister Motegi is meeting with USTR Lighthizer to kick off the US/Japanese trade talks that were agreed upon by President Trump and Japanese Prime Minister Abe last September.

Japanese officials are expecting a slow pace for the US/Japanese talks because U.S. trade officials are currently focused mainly on finalizing a US/Chinese trade agreement.  Japan’s Finance Minister Aso told reporters last Friday that, “They’re too busy with China.  I don’t think they can spare enough people to talk to us.  There have been no official requests made directly to us on what the U.S. would like to achieve.”

The U.S. is presumably planning to remove the second batch of tariffs on $200 billion of Chinese goods as part of a trade agreement.  Of course, the markets would prefer that any US/Chinese trade deal would include the removal of all the penalty tariffs imposed last year, but apparently that isn’t going to happen as part of this round of trade negotiations. 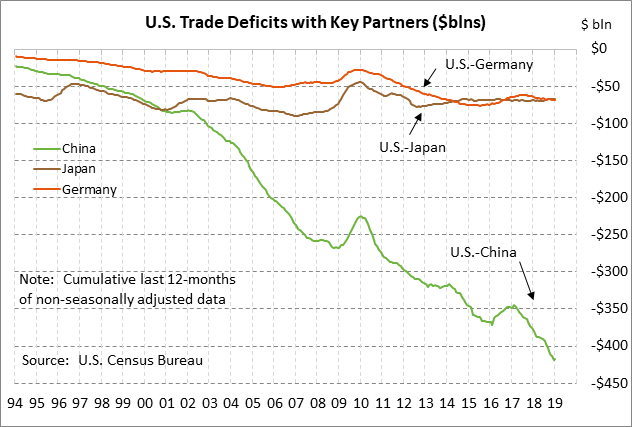 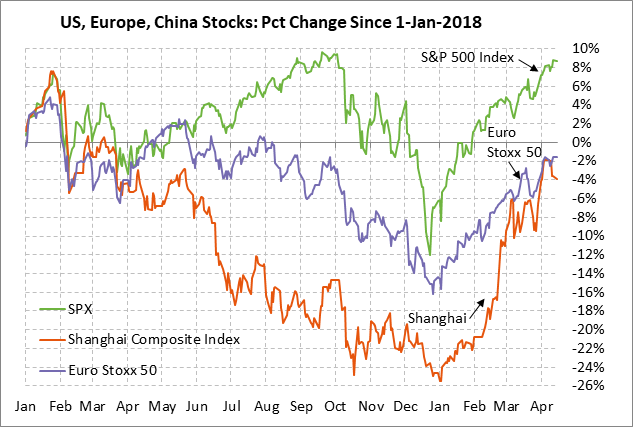 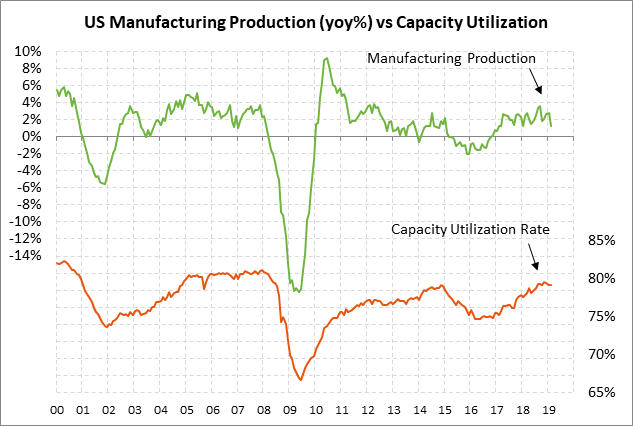 Recent data suggests that the Chinese economy is stabilizing after the weakness seen in the past year that was caused by the government’s previous deleveraging campaign and by US/Chinese trade tensions.  The markets were encouraged by the recent news that China’s national manufacturing PMI in March rose by +1.3 to 50.5 from Feb’s 3-year low of 49.2.  In addition, the March manufacturing export orders sub-index rose by +1.9 to 47.1.  On the services front, China’s March non-manufacturing PMI rose by +0.5 point to a 6-month high of 54.8. 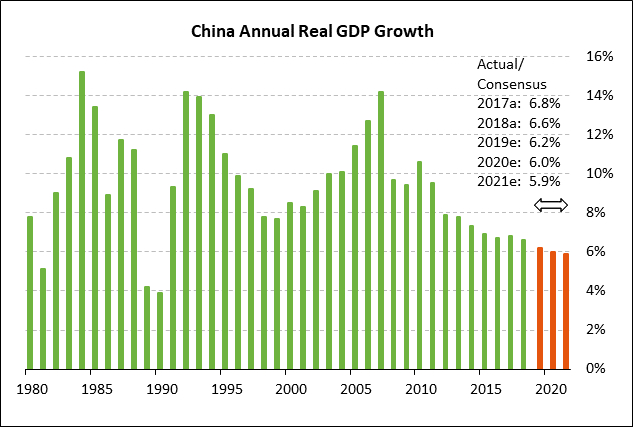 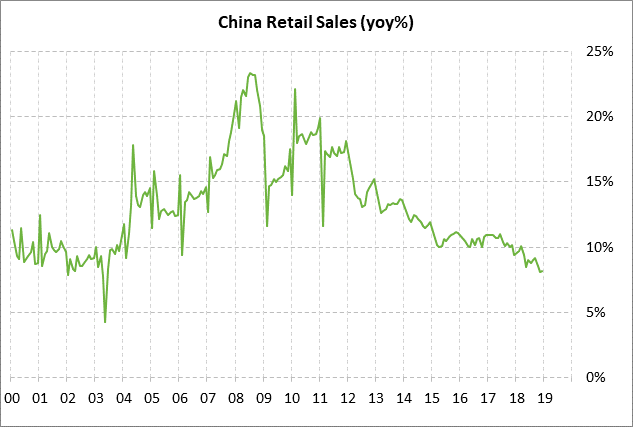