Weekly global market focus — The U.S. markets this week will focus on (1) Tuesday’s mid-term election and the fall-out for control of Congress and the Mueller investigation, (2) the Wed-Thu FOMC meeting, which is expected to produce an unchanged policy, (3) any further news about whether there will be a US/Chinese trade deal of some sort at the Trump-Xi G-20 meeting late this month, (4) the Treasury’s record $83 billion refunding operation to be held on Mon-Wed, and (5) the wind-down of Q3 earnings season with 75 of the S&P 500 companies scheduled to report this week.

The unanimous market view is that the FOMC at its Wed-Thu meeting will leave its monetary policy unchanged since the FOMC just raised its funds rate target by +25 bp to 2.00%/2.25% at its last meeting in September.  The FOMC in this week’s post-meeting statement is expected to indicate a very strong chance for another +25 bp rate hike at its next meeting on Dec 18-19, which would be its fourth rate hike of the year.  Fed Chair Powell will not hold a press conference after this week’s meeting and there will be no update of the Fed’s forecasts.

The markets will closely watch the oil market as U.S. sanctions on Iran go into full effect today.  The Trump administration today is expected to announce the details of the waivers that were announced last Friday for eight countries that will be permitted to continue purchasing Iranian crude oil as long as they make progress on cutting their purchases.  The waivers mean that Iranian oil exports over the near-term will not fall by as much as previously thought.

The global stock markets rallied late last week after President Trump said he had a good telephone talk with Chinese President Xi on trade and that he hopes for a trade deal at their meeting later this month on the sidelines of the Nov 30/Dec 1 G-20 meeting in Buenos Aires.  The markets are hoping that Presidents Trump and Xi might at least agree to begin formal negotiations and adopt a ceasefire on any new tariffs, similar to the recent ceasefire deals that the U.S. reached with Japan and Europe.

This will be a huge week for Washington politics with Tuesday’s mid-term election determining whether the Democrats get control of the House, which would give their committees the investigation and subpoena power over the Trump White House.  There could also be some fireworks regarding the Mueller investigation right after Tuesday’s election.  There is speculation that President Trump may fire one or more top Justice Department officials after the election, which could have implications for control of the Mueller investigation.  In addition, the Mueller team could be ready right after the election to release indictments of top Trump team members or findings to Congress regarding its investigation of collusion and obstruction of justice. 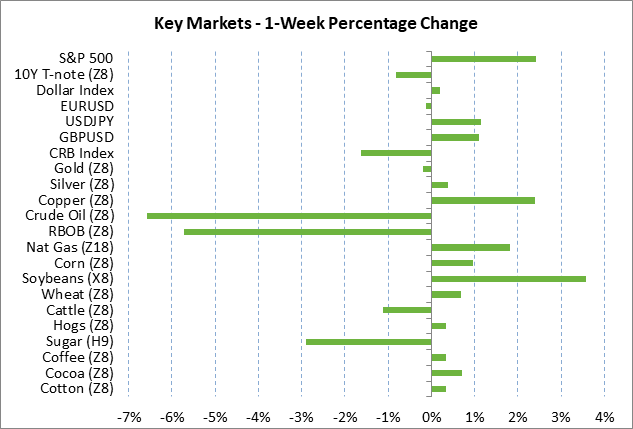 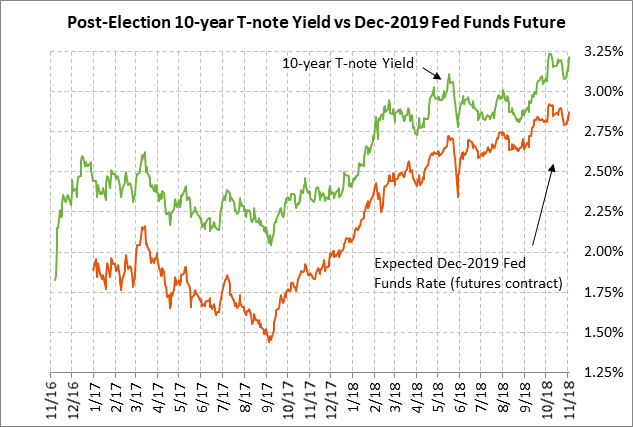 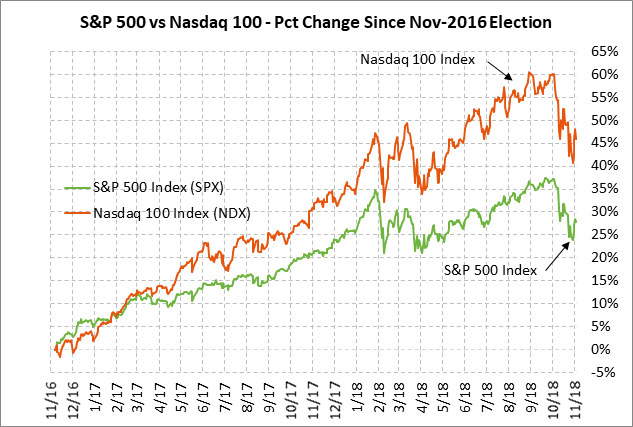 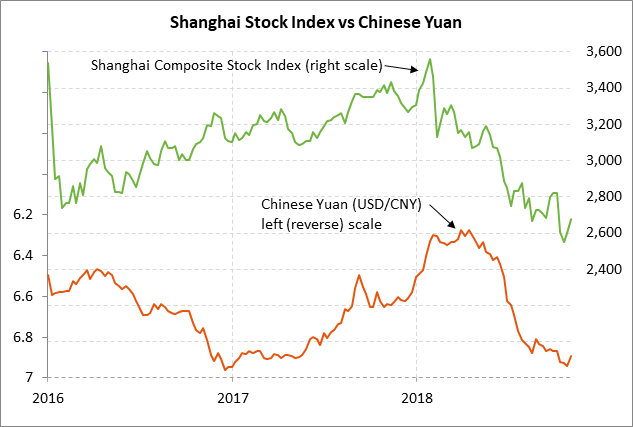 U.S. ISM non-manufacturing index expected to fall back from 21-year high — The market consensus is for today’s Oct ISM non-manufacturing index to show a -2.5 decline to 59.1, reversing most of September’s +3.1 increase to the 21-year high of 61.6.  Service sector confidence in September reached the highest level since 1997.  The service sector is seeing substantially less negative impact from tariffs as compared with the manufacturing sector.  The service sector is seeing support from the strong economy, strong consumer spending, and strong cash flow following the Jan 1 tax cuts.  Today’s final-Oct Markit U.S. services PMI is expected to be revised slightly lower by -0.1 to 54.6, still leaving the index up by +1.1 points from September. 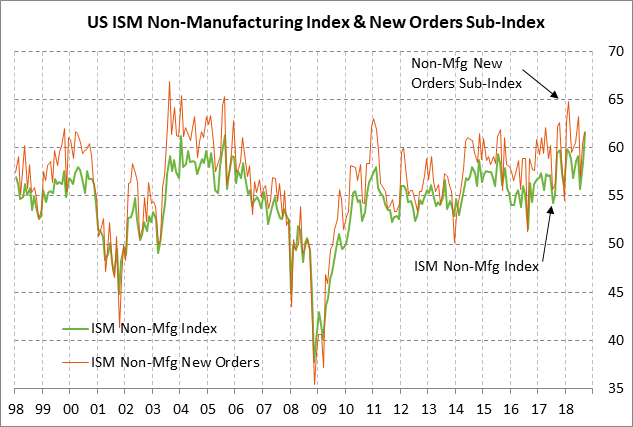 3-year T-note auction — The Treasury on Mon-Wed will conduct a record-sized $83 billion quarterly refunding operation.  The Treasury will sell $37 billion of 3-year T-notes today, $27 billion of 10-year T-notes on Tuesday, and $19 billion of 30-year T-bonds on Wednesday.  The refunding operation is being held on Mon-Wed to get it over with before the 2-day FOMC meeting ends on Thursday.  The $37 billion size of today’s 3-year T-note auction is up $1 billion from October’s auction and is up sharply by $13 billion from the $24 billion size that prevailed during 2015-17.

Today’s 3-year T-note issue was trading at 2.98% in when-issued trading late Friday, which was just 2 bp below October’s 11-year high of 3.00%.  The 12-auction averages for the 3-year are:  2.82 bid cover ratio, $80 mln in non-competitive bids, 3.7 bp tail to the median yield, 23.8 bp tail to the low yield, and 54% taken at the high yield.  The 3-year is the second least popular security among foreign investors and central banks with indirect bidders taking an average of only 48.9% of the last twelve 3-year T-note auctions, well below the median of 63.1% for all recent Treasury coupon auctions. 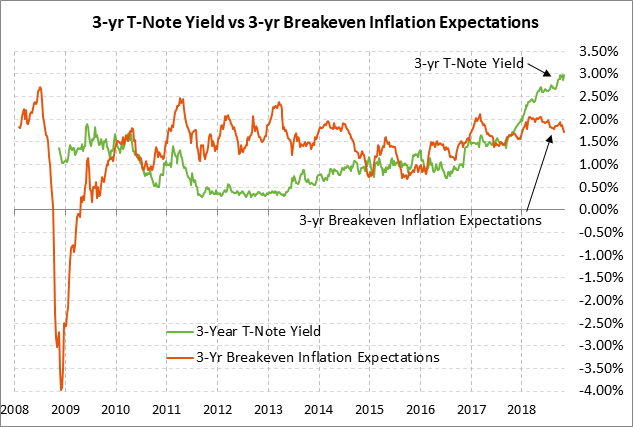