The other piece of good news is that September and October are over, which are the two months that have seen the largest number of plunges of more than -10%.  In the past six decades there have been eight times when the S&P 500 has shown a monthly decline of more than -10%.  Disproportionately, four of those eight plunges occurred during the dangerous 2-month period of Sep-Oct. 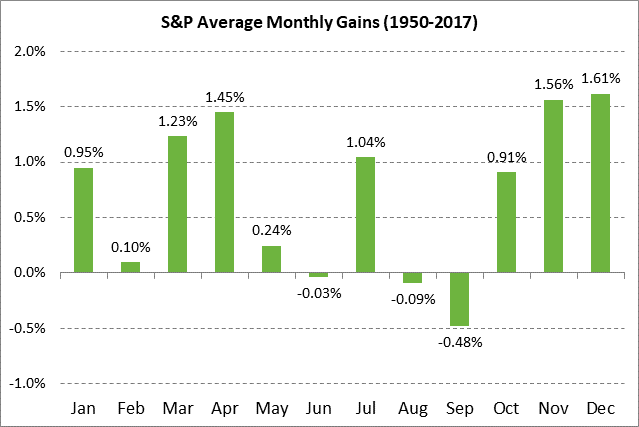 Chinese stocks rally sharply after President Trump has favorable comments about US/Chinese trade — President Trump and Chinese President Xi on Wednesday had a “long and very good” phone conversation “with a heavy emphasis on trade,” according to a tweet from President Trump.  Mr. Trump added, “Those discussions are moving along nicely.”

White House economic advisor Larry Kudlow said that the Trump-Xi phone conversation was a “thaw” in relations, but he also said that China has still not put forward a trade proposal.  The Trump administration has said that China must make an offer on protecting IP and other issues before the U.S. would agree to formal negotiations.

The outlook for US/China trade tensions depends heavily on the outcome of the Trump-Xi meeting on the sidelines of the Nov 30/Dec 1 G-20 meeting in Buenos Aires.  Bloomberg reported on Monday that Mr. Trump in early December will slap tariffs on the remaining $257 billion of Chinese products if the Trump-Xi meeting does not produce enough progress on trade.

President Trump’s favorable Chinese trade comments on Thursday may have been designed in part to provide some stock market support ahead of this coming Tuesday’s U.S. mid-term elections.  Nevertheless, the markets are hoping that Presidents Trump and Xi might at least reach a cease-fire agreement at their upcoming meeting involving the beginning of formal trade negotiations and a promise not to impose new tariffs.  That would be similar to the recent US/Japan and US/EU agreements for a cease-fire and formal negotiations.

Chinese stock instruments trading in the U.S. on Thursday rallied sharply on the news of a possible thaw in US/Chinese trade relations.  The iShares MSCI China ETF (MCHI) on Thursday rallied very sharply by +5.13% to post a new 3-week high.  The Shanghai Composite index was up +1.45% in early trading last night in China. 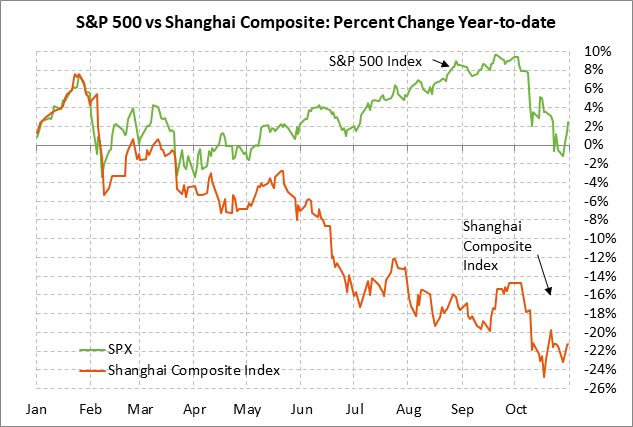 U.S. payroll report expected to be strong ex-hurricane distortions — The market is expecting today’s Oct payroll report to show continued underlying strength in the U.S. labor market.  However, the report will see hurricane distortions as the recovery effort from Hurricane Florence (which made landfall in North Carolina on Sep 14) will boost jobs, while jobs will be undercut by Hurricane Michael (which made landfall on Oct 10 in the Florida panhandle).

The market consensus is for today’s Oct payroll report to show an increase of +200,000, up from Sep’s weak report of +134,000 that was caused in part by hurricane disruptions.  Today’s expected report of +200,000 would be a bit below the 12-month trend average of +211,000.  Wednesday’s ADP report boosted confidence for today’s payroll report with a +227,000 gain, which was substantially stronger than market expectations of +190,000.

The T-note market is braced for today’s hourly earnings report, which is expected to jump to +3.1% y/y from Sep’s +2.8%.  The expected report of +3.1% y/y would exceed August’s 9-year high of +2.9% y/y and spark increased worries about wage-push inflation being caused by the tight labor market. 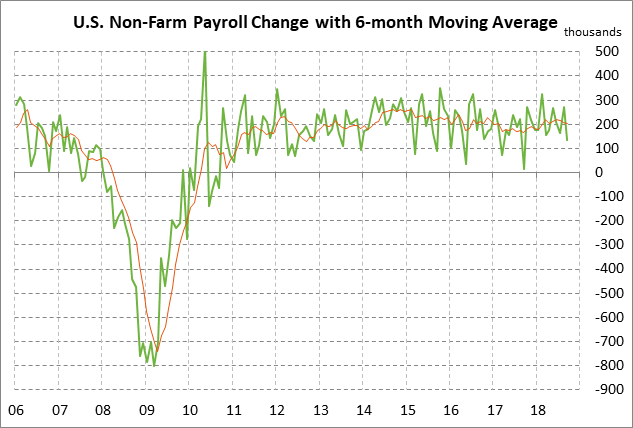 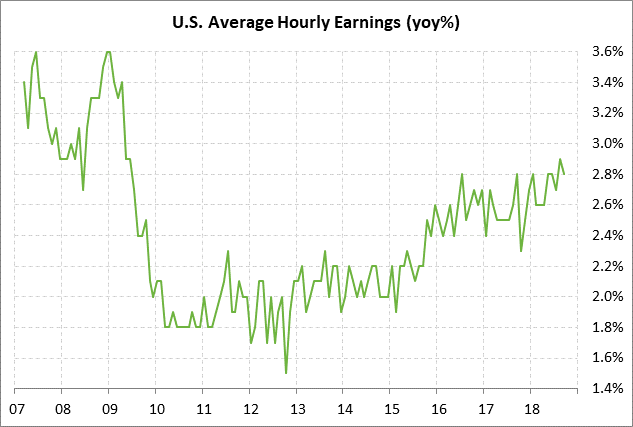 U.S. trade deficit expected to widen — The market consensus is for today’s Sep trade deficit to expand slightly to -$53.6 billion from -$53.2 billion in August.  The expected deficit of -$53.6 billion would be well above the 12-month trend average of -$48.6 billion, but would at least remain below February’s 10-year high of -$55.0 billion.  The continued high U.S. trade deficit will be an unwelcome development at the White House even though the trade data is currently of limited use since trade flows are being distorted by tariffs.  In any case, the wide U.S. trade deficit is still a long-term bearish factor the dollar. 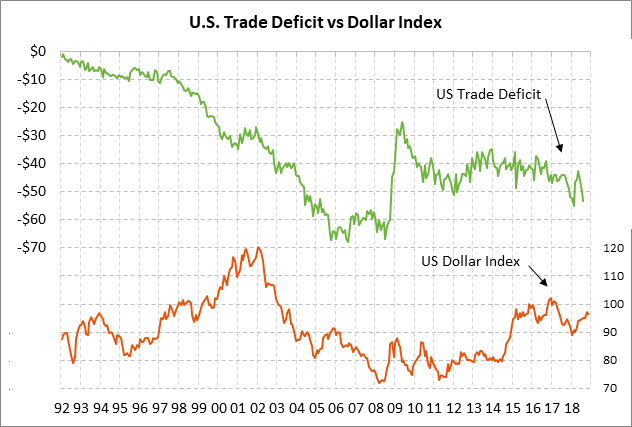