Importance of upcoming Trump-Xi meeting grows — The importance of the meeting between Presidents Trump and Xi on the sidelines of the Nov 30/Dec 1 G-20 meeting in Buenos Aires took on new importance on Monday.  Bloomberg reported that Mr. Trump in early December will slap tariffs on the remaining $257 billion of Chinese products if the Trump-Xi meeting does not produce enough progress.  The Trump administration is demanding that China offer concessions on IP protections, forced technology transfers, and other issues before the U.S. will even engage in serious trade negotiations.

The stock market on Monday sold off on the Trump administration’s new ultimatum for China.  The U.S. stock market will likely show much more weakness if the 10% tariff on $200 billion of Chinese goods steps up to 25% on Jan 1 as planned and if the U.S. then imposes a tariff on the remaining $257 billion of Chinese products in early February after a 60-day comment period.  The first batch of tariffs have already done material damage by slowing the Chinese (and world) economy and by curbing sales and profits at some U.S. companies. 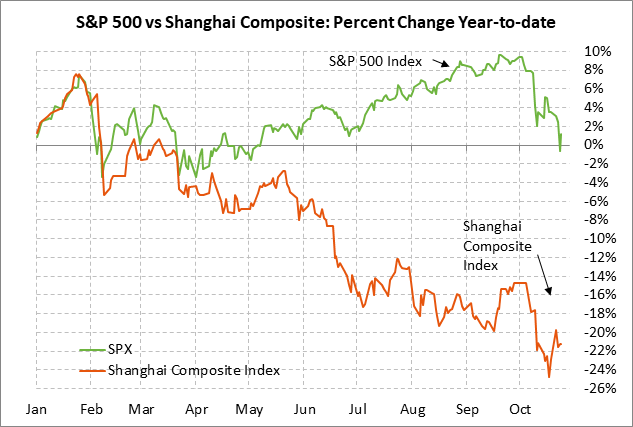 U.S. consumer confidence expected to dip from 18-year high — The market consensus is for today’s Conference Board U.S. Oct consumer confidence index to show a -2.5 point decline to 135.9, reversing part of Sep’s +3.7 point increase to the 18-year high of 138.4.  Expectations for a modest decline in today’s confidence report are based in part on the University of Michigan’s report that its U.S. consumer sentiment index in October fell by -1.5 points to 98.6.

U.S. consumer sentiment is seeing support from (1) the strong U.S. economy, (2) the strong U.S. labor market and confidence about the job outlook, and (3) the continued rise in home prices, which is boosting household wealth.  However, there are some clouds on the horizon that include (1) the downside correction in stocks that could be taken by some consumers as a negative indicator for the economy, (2) rising interest rates and mortgage rates, and (3) the vitriolic political climate in Washington and uncertainty about next Tuesday’s (Nov 6) mid-term elections. 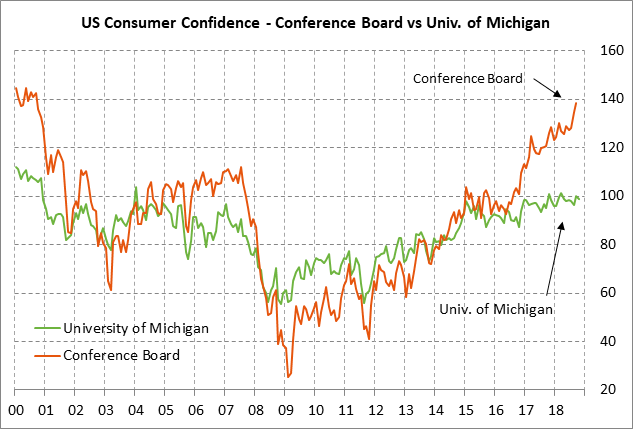 The Composite-20 home price index was very strong last winter but then showed slow growth from April through July.  U.S. home prices are likely to weaken going into autumn due to higher mortgage rates and the growing impact of the Jan 1 tax law, which capped the deduction for property taxes.  The 30-year mortgage rate is currently at 4.86%, which is just 4 bp below the mid-Oct 7-1/2 year high of 4.90% and up by 100 bp since late-2017. 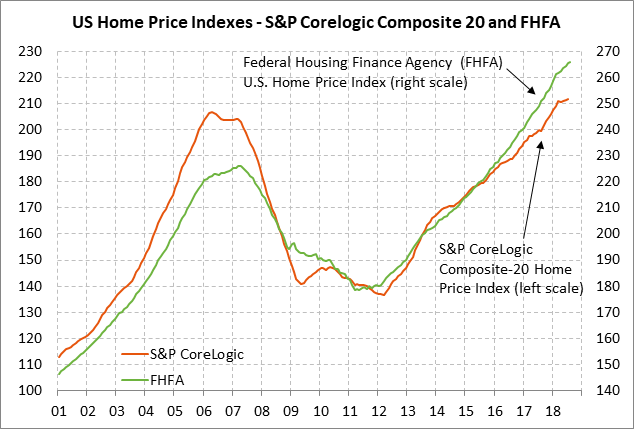 The Italian bond yield on Monday fell on relief that S&P late last Friday did not downgrade Italy’s credit rating from BBB (2 notches above junk) and ended up only changing its outlook to “negative” from “stable.”  The markets are waiting to see if Italy within the next two weeks will reduce its 2019 budget deficit from 2.4% of GDP to meet the European Commission’s demands and thus dial down the EU/Italian tensions over the budget. 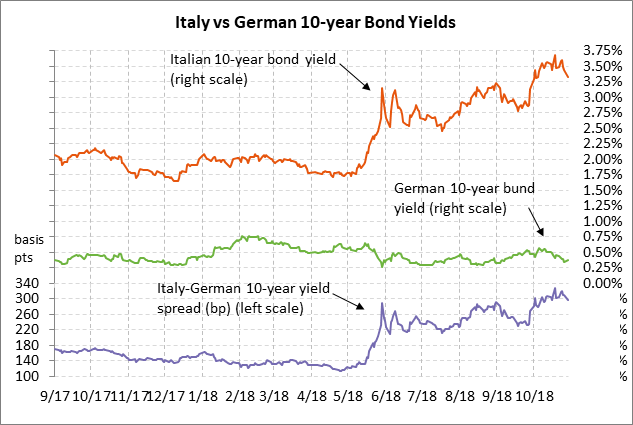 Eurozone GDP expected steady at +0.4% q/q — The consensus is for today’s Eurozone Q3 GDP to show an increase of +0.4% q/q, matching the Q2 report of +0.4%.  However, Q3 GDP on a year-on-year basis is expected to dip mildly to +1.8% y/y from Q2’s +2.1%.  Eurozone Q3 GDP is expected to be undercut by disruptions in the German auto sector but that should be largely offset by a return to work in France after major strikes in Q2. 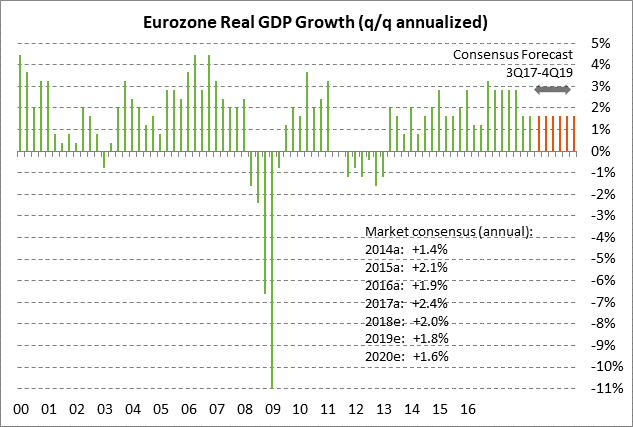 Bank of Japan expected to leave policy unchanged — The Bank of Japan at its 2-day meeting on Tuesday and Wednesday is expected to leave its policy unchanged.  The BOJ in late July expanded the range around its 10-year JGB yield target of 0.0% to +/-0.20% from +/-0.10%.  The BOJ claimed the move was only a technical adjustment, but in reality the move represented a slight tightening of monetary policy since the 10-year JGB yield then rose as high as 0.16% in mid-October.  However, the yield has since fallen back to 0.11% due to the global stock market correction.

As part of that policy move, however, the BOJ also provided guidance that rates would remain very low for an “extended period.”  That suggested that the BOJ is not likely to start raising rates until after the planned sales tax hike in Oct 2019 to 10% from 8% when the BOJ will have a better idea of how the economy will react. 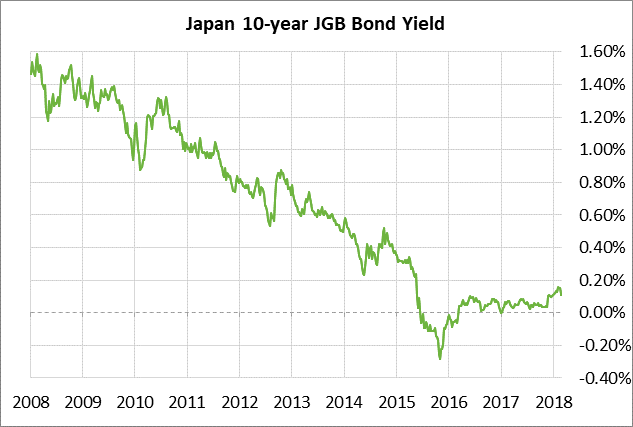