Gold pokes up to 2-1/2 month high on safe-haven demand but underlying tone remains bearish — Dec gold last Thursday broke out to the upside from its narrow 2-month consolidation range and extended those gains on Monday to post another new 2-1/2 month high.  It is far too early to look for a sustained recovery rally in gold, but the upside breakout is nevertheless notable.

Gold has rallied in the past few sessions mainly on increased safe-haven demand with recent events including (1) last week’s plunge in global stocks, (2) worries that the Saudis may resort to oil as a weapon if the U.S. and Europe sanction Saudi Arabia over the apparent murder of Washington Post columnist Khashoggi, (3) President Trump’s reiteration in his “60 Minutes” interview on Sunday night that he “might” slap more tariffs on China, (4) concern there may be an ugly EU/Italy showdown over Italy’s 2019 budget, and (5) the pause in Brexit talks on Sunday night.  Gold also saw some strength late last week as the dollar index fell to a 2-week low.

The larger picture for gold, however, still looks generally bearish due to the trend towards higher interest rates in the developed world and tightening liquidity.  There is no sign that the Fed can be dissuaded from its goal of raising its funds rate target above 3% from the current 2.00%/2.25% level.  In addition, the Fed’s balance sheet reduction program on October 1 reached its maximum drawdown pace of $50 billion per month, which is permanently withdrawing reserves from the banking system.

Meanwhile in Europe, the ECB is ending its QE program at the end of this year and will likely start raising interest rates by Q3-2019.  The BOJ’s monetary policy is on hold but the BOJ has allowed the 10-year JGB yield to drift higher to 0.15%.  The BOJ will likely start raising rates in late 2019 or early 2020 once the Japanese economy gets past the sales tax hike slated for October 2019.

Gold is also being undercut by the general strength in the dollar index, which in turn is being supported by the Fed’s rate-hike regime.  However, the dollar could turn weaker in early to mid 2019 as the Fed nears the end of its rate-hike regime just as the ECB and BOJ will be starting their slow monetary policy tightening moves.

There aren’t any real consequences from a country being named as a currency manipulator except a mandate for talks.  If President Trump does name China as a currency manipulator, the result will mainly be to further antagonize Chinese officials and make them even less likely to agree to overall trade talks.  The designation would drive the two sides even farther apart and make an eventual agreement more difficult and time consuming.

The Chinese yuan has sold off sharply by about -10% since March, which has irked President Trump.  However, about half of that sell-off is due to the dollar strength that has pushed most developing currencies lower.  The other half of the yuan weakness is tied to trade tensions and the need for the Chinese central bank to ease monetary policy to address the slowing economy.  In fact, the Chinese government does not want a sharp sell-off in the yuan since that could spark a new round of capital flight and stock market weakness, such as that seen in 2015. 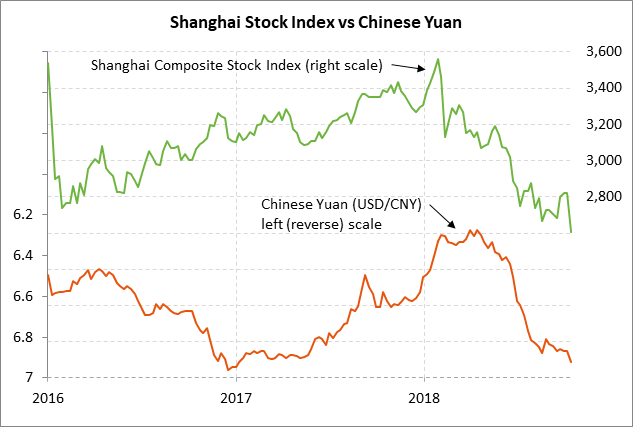 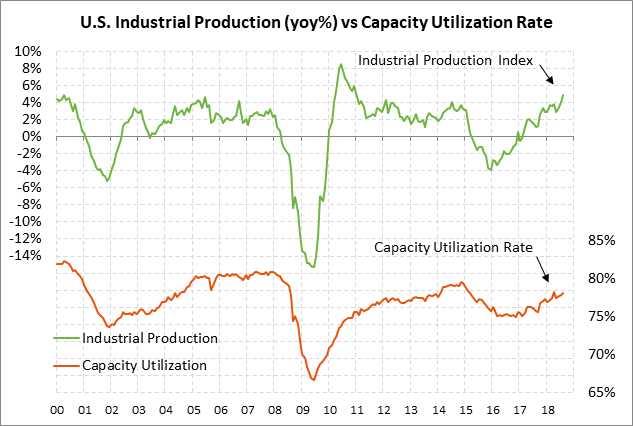 NAHB index expected to remain at a 1-year low — Today’s Oct NAHB housing market index is expected be unchanged from September’s 1-year low of 67, which is 7 points below January’s 19-year high of 72.  U.S. home builder confidence is sagging due to weaker home sales caused by the fall in home affordability to a 10-year low.  Home affordability has dropped sharply due to rising mortgage rates and the +48% post-recession rise in home prices. 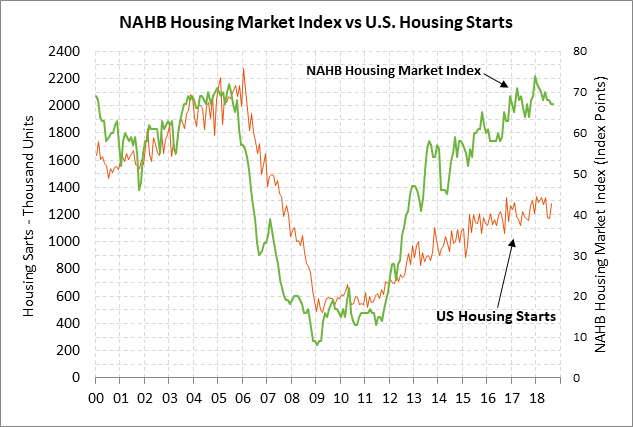 Aug JOLTS job openings expected to remain strong — The consensus is for today’s Aug JOLTS job openings report to show a modest -39,000 decline to 6.900 million after Sep’s +117,000 surge to a record high of 6.939 million.  Another strong JOLTS report would be a positive leading indicator for payroll growth. 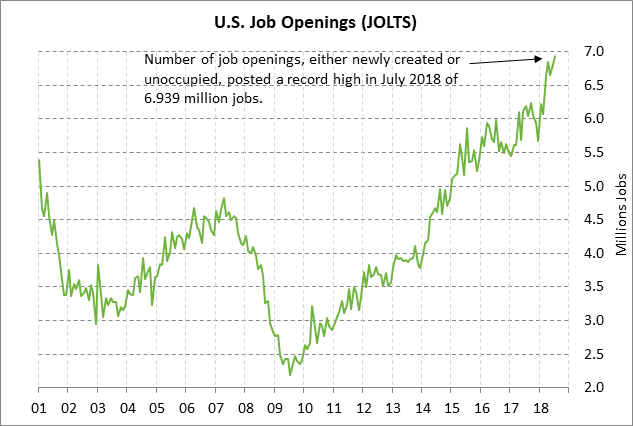